The Pressure Is On! 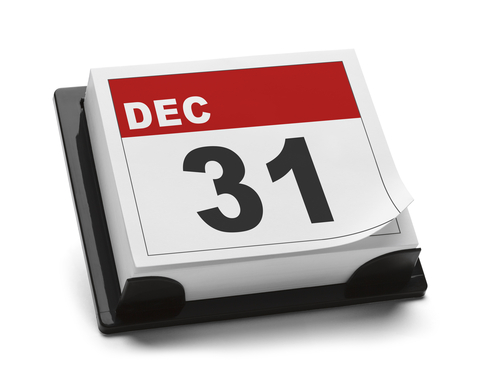 We’ve always known that year-end fundraising is crucial. But in the course of ongoing internal statistical analysis, we were recently reminded of just how important it is to a successful direct marketing program—because it’s such a huge percentage of the whole. And its prevalence is growing; in fact, the percent of yearly revenue from year-end giving has steadily increased almost three points over the past five years. 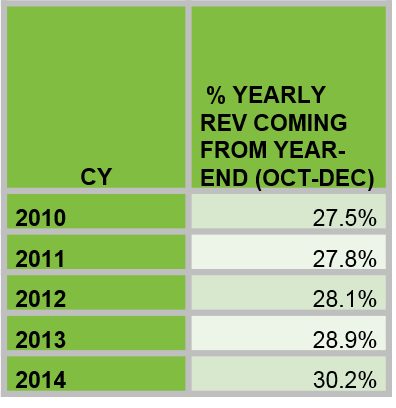 The takeaway is clear: Nearly a third of direct marketing revenue comes in at year end—sometimes as much as half, if you consider only online revenue. Consequently, you should place a great deal of focus on getting ready for this all-important fundraising opportunity.

We recommend our colleague TJ Hillinger’s 2014 blog on best practices for prepping for year-end campaigns. It’s a matter of getting your ducks in a row early—which means planning well in advance to seamlessly integrate your multi-channel campaigns, while also dedicating plenty of time to creative development.

Beyond the increased volume of giving at year end, we’ve noticed some channel shifting in the past couple of years, as the percentage of year-end online revenue rose steadily (more than six points), while DM’s portion dropped (also by more than six points). 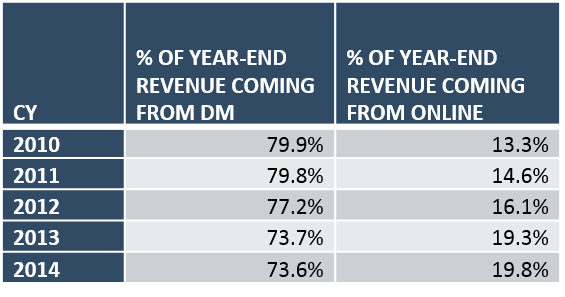 Clearly, direct mail is still the big player here, accounting for 74 percent of year-end giving. But this speaks to the need to integrate channels so that, even as they shift, they continue to support each other—resulting in more revenue and more valuable and loyal donors.

It’s not too late to capitalize on the year-end flurry of giving—just think through how to make your communications stand out amid the holiday clutter. Remember that cohesive creative across channels will be the key to getting people to recognize and respond to your year-end campaign.