Testing to Add Punch to a Successful Campaign 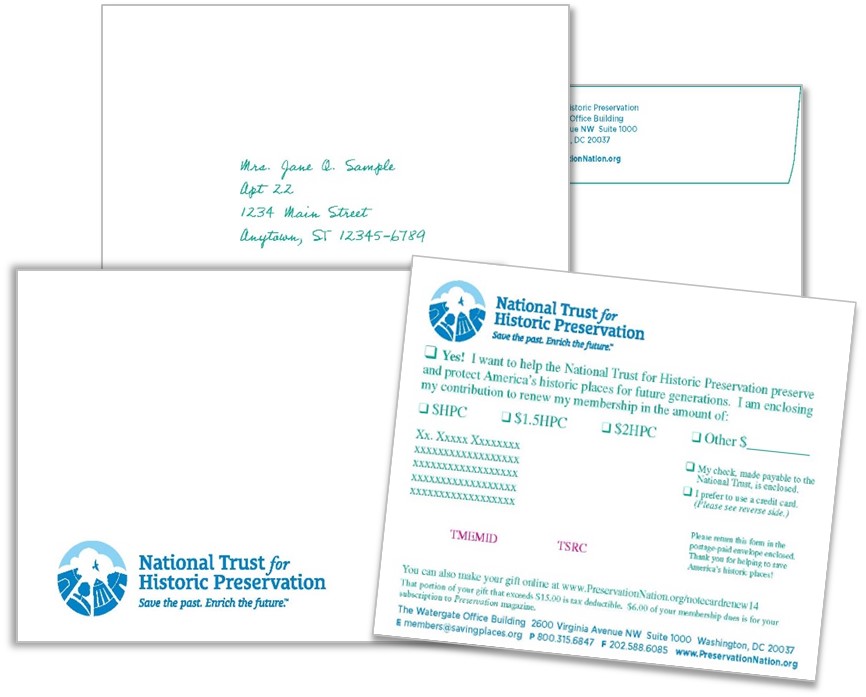 Sometimes a minor tweak to an existing appeal package can be the key to refreshing an institutional approach. Avalon’s reply card test in the National Trust for Historic Preservation’s (NTHP) March 2013 note card appeal proved to be an excellent example of this strategy.

OBJECTIVE: NTHP looked to Avalon to test ways to improve the performance of its annual note card appeal—specifically to increase the response rate and average gift while engaging the membership with this simple package.

STRATEGY: The note card control and test packages both included an elegant, highly personalized card featuring NTHP’s logo on the outside and compelling copy on the inside, with an individualized ask string, and Real-Pen-addressed outer envelope. The control package did not contain a reply card—instead, we included an ask in the body of the note, with a “handwritten” ask at the bottom. For the test package, we printed a matching reply card on 65-pound stock—heavier than a standard sheet of paper—to add perceived value to the package.

We rolled out the test package with the reply card in 2014, with even better results: a 7.47 percent response rate and $90.97 average gift. The 2015 version is in the mail; early results look promising.