Now that we’ve got some perspective on nonprofits’ 2013 year-end online strategies, here are a few trends I noticed:

• As usual, everyone seemed to be sending multiple emails on 12/31, but this year they were more targeted (i.e., re-send only to openers or those who clicked through).

• Giving Tuesday has become more of a deliberate marketing strategy. Overall, more revenue was raised this Giving Tuesday than last year, but organizations that incorporated it into their year-end strategies and case for support had more success than nonprofits that asked you to give just because it was Giving Tuesday. It was like 12/31 with all the email that was flying around – some organizations sent two or three emails that day! 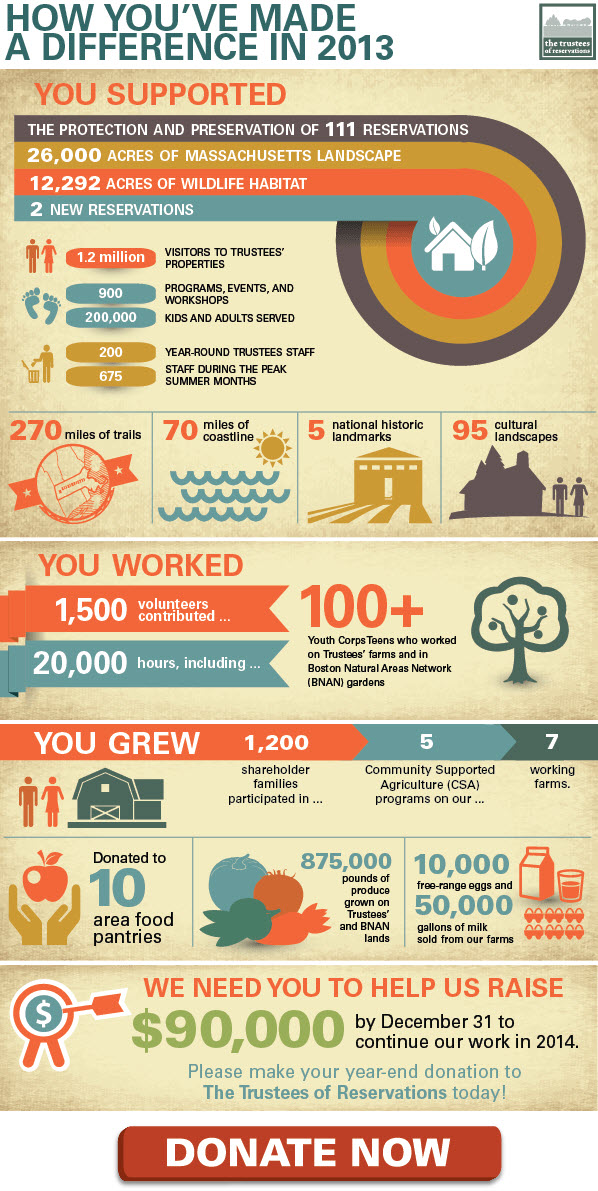 • Groups used infographics to show impact, but also continued to use the “postcard” format in later efforts.

• Recycling is always in – some groups reused their same campaign art and theme from previous year-end campaigns.

• I saw a rise in the use of video – for New Year’s messages, especially.

• Was it just me, or were there many more political end-of-quarter emails than usual for a non-election year?

And some tactics that stood out to me:

• Allow the recipient to click “Remind me in two or four hours” and then re-send the email to give (for example, Share our Strength, image below).

• Limited-time (12/31 only) triple match after meeting the original match/goal or a two-day-only match to reinforce urgency.

• Not new, but used more often: Sharing the results-to-date spreadsheet.

• More preview pane language – a mobile-friendly tactic to use the snippet text as an extension of the subject line.