National/Chapter Fundraising with a Local Focus 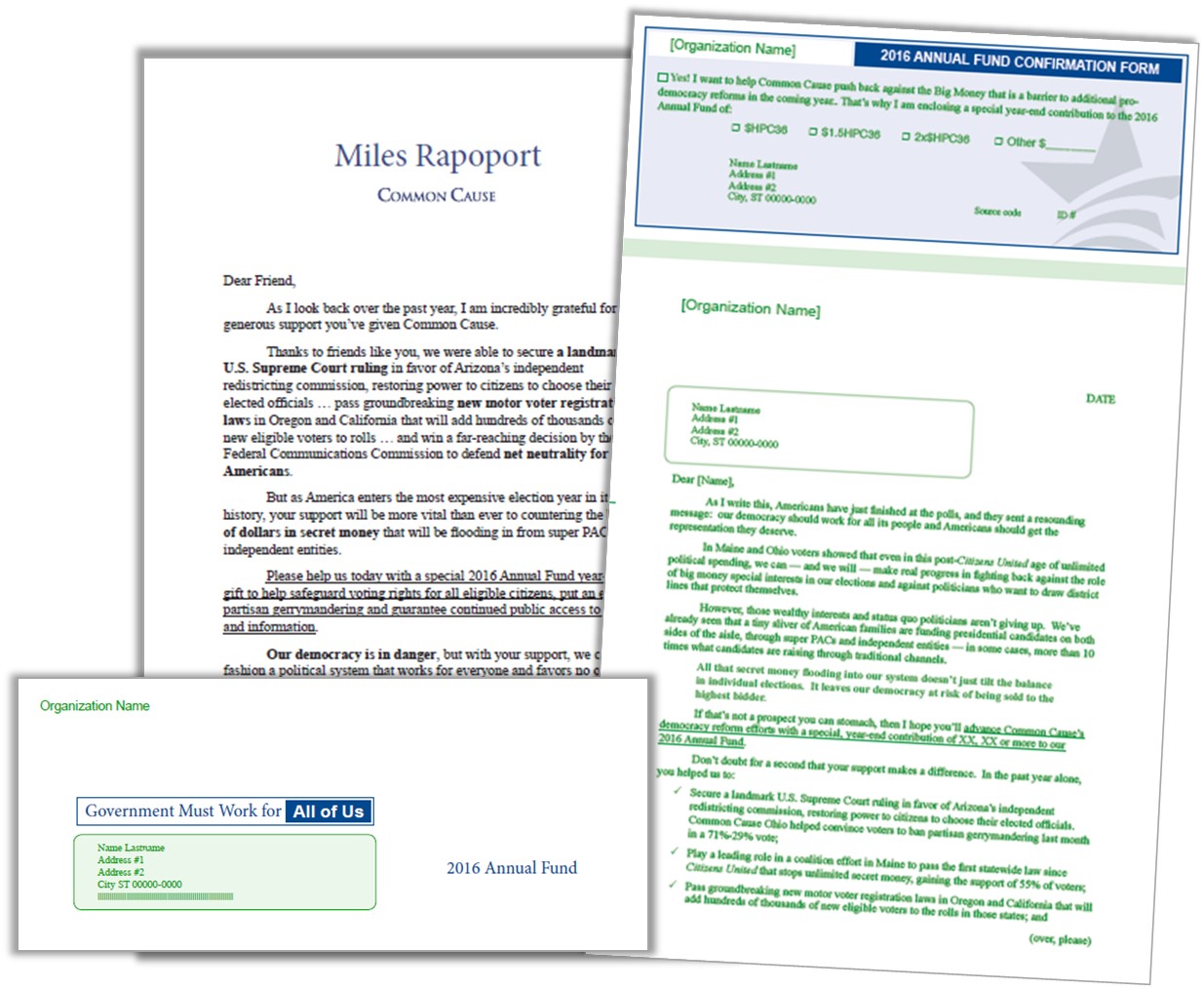 Objective: When Avalon began working with Common Cause, the progressive nonprofit watchdog and political advocacy group sought a way to streamline its National/state chapter fundraising.

Strategy: To ramp up the effectiveness of the state chapter fundraising while simplifying the production process and cutting costs across the board, we tested various formats and techniques. These include letter copy that echoes and reinforces themes from Common Cause National’s marketing campaigns, with custom state-chapter-specific sections highlighting details about their accomplishments and the challenges ahead.

For our other approach, we produced a comprehensive letter from National President Miles Rapoport outlining successes in the states, as well as the common goals and challenges ahead for Common Cause as a whole.

We tested numerous formats and signers, including the National president, a nationally recognized National board chair, and state executive directors.

We dovetailed the state chapter appeals with Common Cause National’s appeal and renewal schedule, pushing a unified message across the country, with a cohesive look and feel for a stronger impact. The major themes — safeguarding voting rights for all eligible citizens and putting power back in the hands of the people by enacting long-overdue reforms in political redistricting — resonated well on both the national and local levels.

Results: In 2015, we mailed two state chapter mailings, and we’ll mail three more in 2016 — all carefully coordinated to match National’s fundraising cadence for maximum effect. We’ve raised significant revenue for the state chapters — especially those with fundraising challenges — by cutting costs, messaging consistently, and using best mailing practices. And we’re building a file of more loyal donors who will stay with Common Cause and give to both National and state chapters over the long term. We’ve fully integrated messaging in terms of themes and calls to action — giving donors an opportunity to get involved on a local level, but also keeping them fully informed of Common Cause’s work in Washington, DC.