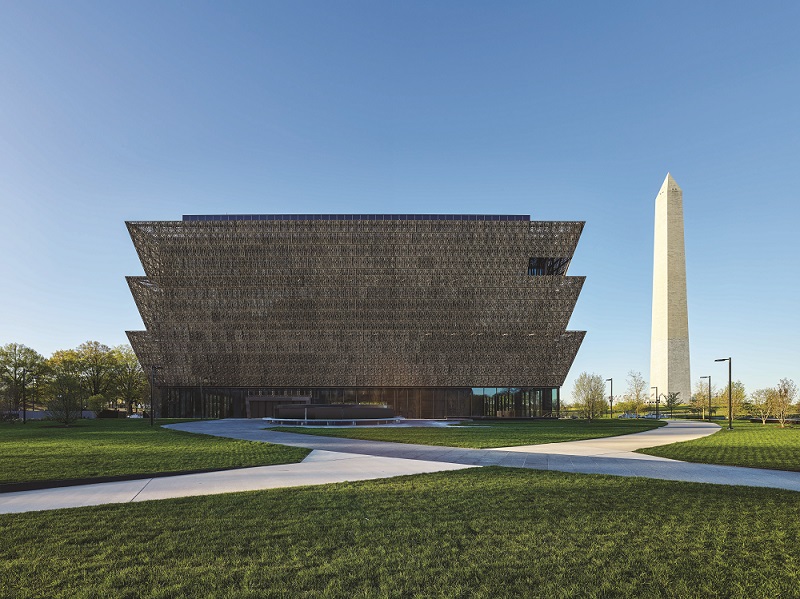 Frequently, we interview the principals — the executive directors, the presidents, and the CEOs — of our client organizations to learn about their visions for their organizations, and to hear them “speak copy” so that we can capture their tone and voice as authentically as possible in the copy we write. I often leave these meetings inspired by their passion and impressed by their clear articulation of the impact of the work that they are doing.

A few weeks ago, I had the privilege of interviewing Lonnie Bunch III, founding director of the Smithsonian’s National Museum of African American History and Culture (NMAAHC), which opens to the public on September 24. It was truly one of the highlights of my career.

Mr. Bunch is brilliant and dynamic, and we had a rare and inspirational conversation about what it means to fund and open a museum. But we also talked about what the future holds, as this critically important Museum opens and he considers how his organization will tackle—head on—the tensions around racism and discrimination in this country. It is Mr. Bunch’s intention that the Museum will start and facilitate the difficult conversations that America desperately needs to have on these issues.

Featured recently in Vanity Fair magazine, Mr. Bunch has worked tirelessly for the last 11 years to build the Museum. During that process, he reflected, “Every day, I wish I was as strong as my enslaved ancestors,” he told Vanity Fair. “When I look at what it’s going to take to build this Museum, I take great comfort in coming out of that community.”

At our meeting, Mr. Bunch described one of the biggest challenges in making the Museum a reality. “Americans have always been uncomfortable illuminating the darker places of our history,” he said. He feels an acute responsibility “to make real what many thought would never happen.”

We asked Mr. Bunch what he wants visitors to the Museum to take home with them. “I want people to be changed,” he said. “To walk away with faith in the possibility of America, and the notion that America becomes the country you want it to become when you ask it to be.” He wanted to be sure to thank members for their support and asked them to continue to help make the Museum a central place where we can grapple with the issues that have divided us, tell the stories of generations of African-American families, and stimulate conversations that need to happen in America.

He also thanked his ancestors. “I see them smiling in recognition that these stories [at the Museum] are being told in their honor,” he said, “and I want to thank them for not giving up.”

The Avalon team and writer John Bates interviewed Mr. Bunch for the Museum’s online newsletter, Our American Story. In it, Mr. Bunch describes for NMAAHC members his thoughts on the importance of the Museum and what it means to all Americans.