• The National Museum of the American Indian kicked things off in June with its Suma Qamaña: Bolivian Festival. Suma Qamaña means “living well,” so you can imagine the exciting presentations and programs that were store at the free, family-friendly weekend event.

• American Horticultural Association’s Fun with Flowers at River Farm was held on June 10 and its National Children and Youth Garden Symposium weekend, July 17-19. For more information on both of these events, see AHS’s website.

• For even more fun, the National Parks Conservation Association’s summer-long Freedom to Float 2014 paddling trips begin on June 6 with guided canoeing and kayaking on the Anacostia River. The trips continue through August with events on many DC-area waterways. 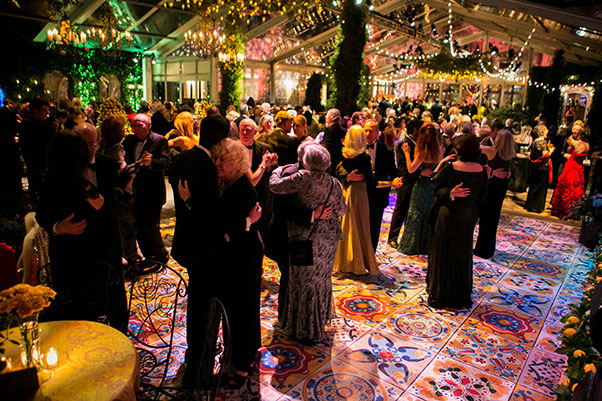 • One of the Kennedy Center’s most lavish annual events was held on June 7: the spectacular Washington National Opera’s Ball. This year’s festivities were held at the Japanese Ambassador’s residence in Washington. Proceeds help to fund WNO’s artistic programming, as well as its educational and community initiatives.

• At the Museum of Science and Industry, Chicago, journey to the wildest places as you explore the National Geographic Presents: Earth Explorers exhibit! Running through September 1, this interactive exhibit “brings the unparalleled adventures and discoveries to life and invites you to meet explorers who live these adventures every day.” MSI will also be holding its annual free Member Open House on July 23, featuring behind-the-scenes tours, live science experiments, talks with exhibit developers, and more. Visit MSI’s website for more information on this neat exhibit and their Member Open House.

• U.S. Senator Mark Warner (D-VA) has kicked his campaign into high gear, recently completing a six-day, 14-stop Working Together tour across the Commonwealth. On the tour, Senator Warner did a lot of listening, but he also spoke passionately about the issues he cares about most: keeping and growing jobs in Virginia, and moving our economy forward. Warner is one of the most popular public servants in Virginia, in particular because of his willingness to reach across the aisle and forge partnerships with people who have other viewpoints, for the good of Virginia and our nation. But he is taking nothing for granted; Warner’s opponent, GOP strategist Ed Gillespie, knows how to run a campaign and will receive plenty of funding from national GOP leaders. Visit Senator Warner’s campaign website for updates and highlights as his campaign moves toward victory on Election Day.