When the National Museum of African American History and Culture opens its doors in 2016, it will be a landmark, and a striking addition to the Smithsonian Institution on our National Mall. The Museum has been presenting exhibitions and programs at the Museum of American History, and focusing on building an impressive list of Charter Members who support the construction phase. Even with the Museum’s progress, like any organization, it faces attrition, and Members lapse. So Avalon had to come up with a package as striking as the future Museum.

OBJECTIVE:
NMAAHC needed a stand-out effort to not only bring in revenue, but also bring back valuable Charter Members as the opening of this new Museum approaches. 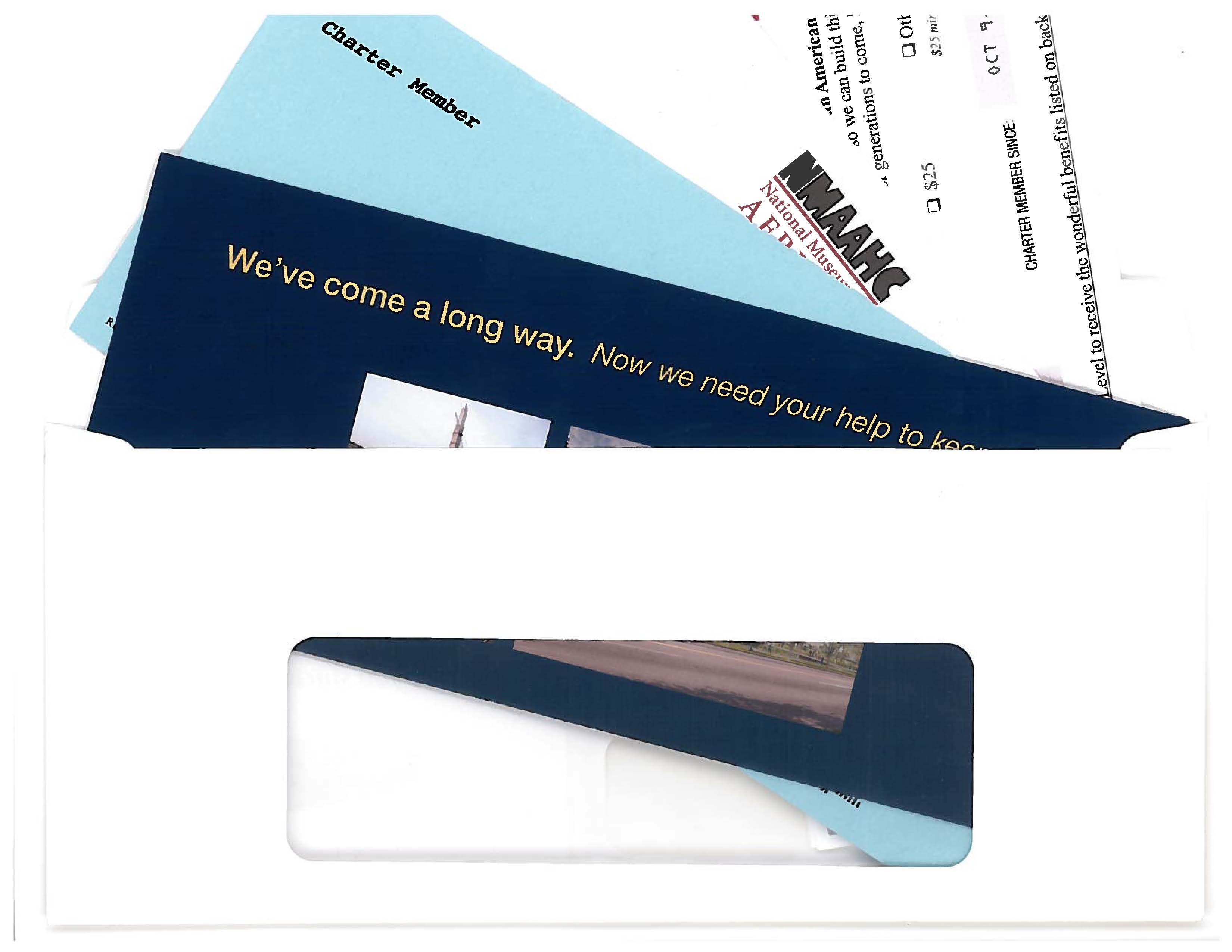 STRATEGY AND AUDIENCE:
Avalon created a new package that offered an exclusive in-progress look at the building of the Museum, and encouraged lapsed Charter Members to renew their memberships. A large, 9.5″ x 8″ full-color insert visually captured the Members’ attention by showing through the back of a stand-out #11 carrier. This allowed Members to see the most current stage of the building’s development, and a rendering of the final Museum. The second side of the insert featured objects from the Museum’s collection, as well as the design for the interior of the building, and a map of its location on the National Mall.

The two-page letter focused on the continued need for Charter Members’ support leading up to the opening of the Museum, scheduled for 2016.

We mailed this reinstatement package to lapsed Members expiring between September 2010 and December 2012, with gifts between $25 and $1,000.

RESULTS:
This package was a monumental success. As the sixth and final effort of the series, the Charter Member Reinstatement package had the second-highest response rate at 2.13% — only exceeded by the first effort. In fact, it actually reinstated 2% more Members than the first effort. The strong $72.91 average gift was the highest of the fiscal year, and netted an astonishing $8,065, with the highest gross/thousand of the fiscal year: $1,551/thousand.