Case Study: Including $1,000+ Donors in an Urgent Appeal

In early April 2014, the U.S. Supreme Court handed down the controversial McCutcheon decision, which essentially allows individuals to donate millions of dollars to candidates and political parties and corrupt our political system. The League of Women Voters needed to quickly inform its members of the ramifications of the decision and solicit urgent funds to take action in opposition to the decision.

Objective: Avalon worked with the League to add an unbudgeted, urgent appeal in response to the McCutcheon decision. Compelling copy and art were rapidly designed for a direct mail and e-appeal asking supporters to speak out against secret money in elections by standing with the League.

Strategy: With a torn-from-the-headlines message and real urgency, we decided to mail deeply into the League’s file, and include the $1,000+ Leaders for Democracy members in the appeal. An urgentgram format was used to streamline production, and within days of the decision, the high-dollar, first-class version of the package was in the mail, with the low-dollar version following shortly after. An emailed companion effort was sent to those members with email addresses, in advance of the mailing.

This appeal showed how the perfect balance of urgency, strong and timely messaging, and a compelling case for support can engage members across the giving spectrum without the need for special, upscale versioning. 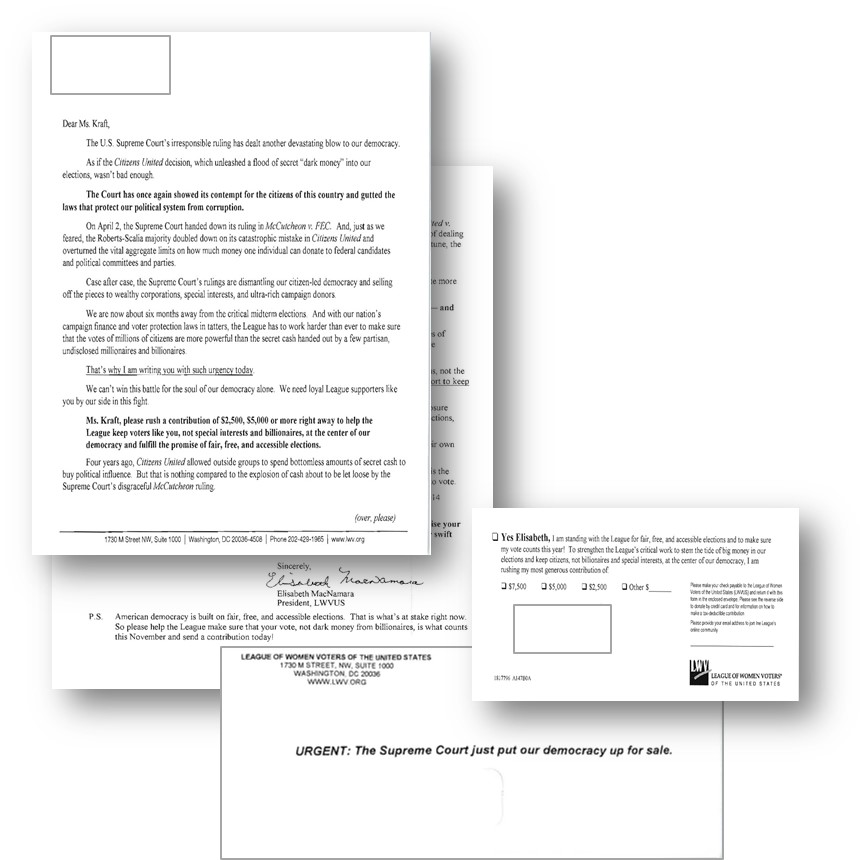