We tested a concept in the mail and online that told the story of an NGS explorer and included photos from his trek across Africa. We tested this against a traditional RSVP concept inviting prospects to join the new Contributing Membership program NGS had created. We loved the “From the Field” concept, but response rates for the RSVP concept were nearly three times higher! Additionally, the RSVP package was 26% cheaper to produce and had a strong average gift. The results of the email campaigns mirrored the mail, with the RSVP concept winning.

From this first campaign, National Geographic Society has sustainer their investment in the program, which started with just 800 donors and now has more than 110,000 Contributing Members! 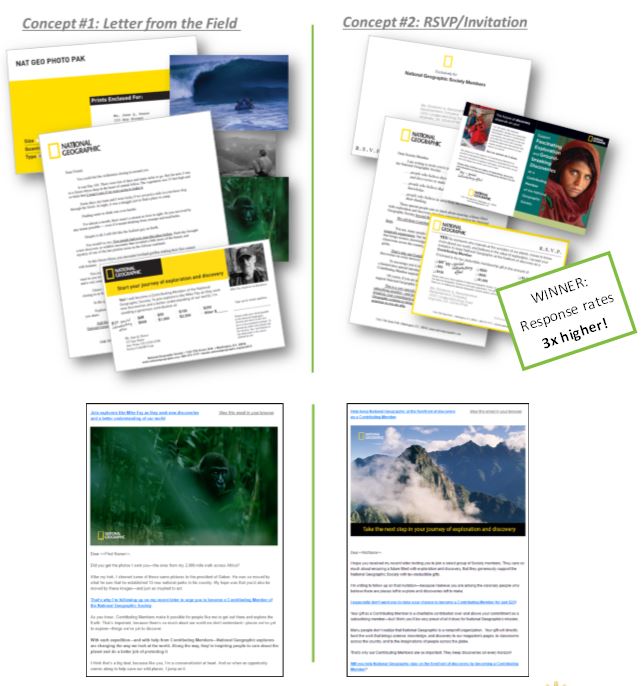