It’s not often that we can share big news — like the discovery of a live tortoise on an island where tortoises were long assumed to be extinct.

So, Galápagos Conservancy wanted an announcement that immediately conveyed the excitement and significance of this fabulous discovery. We encouraged the Galápagos Conservancy to issue a challenge grant – to leverage the income potential of a new (and costly) expedition they wanted to launch.

Since many of their donors have visited the Galápagos Islands (and feel a strong emotional connection with its iconic tortoises), we wanted their members to feel personally connected to the expedition being planned in hopes of finding another surviving member 113 years after the last living Fernandina Island Tortoise was seen.

Finding even one other living tortoise on Fernandina Island of the same “lost” species, would enable the Conservancy to help them mate, and eventually repopulate this island with new generations of this beloved species.

And to bring the donor “inside” the planning of this exciting mission, we included an email from their lead scientist — that emphasized the need and specific costs for a research boat, a team of biologists, special cameras, and a helicopter to ferry the team to remote portions of the island.

And their donors indeed responded with great enthusiasm. With a 46% higher response rate than the previous year’s appeal, this package was a terrific success, raising 74% more gross revenue.  It also netted twice as much revenue! 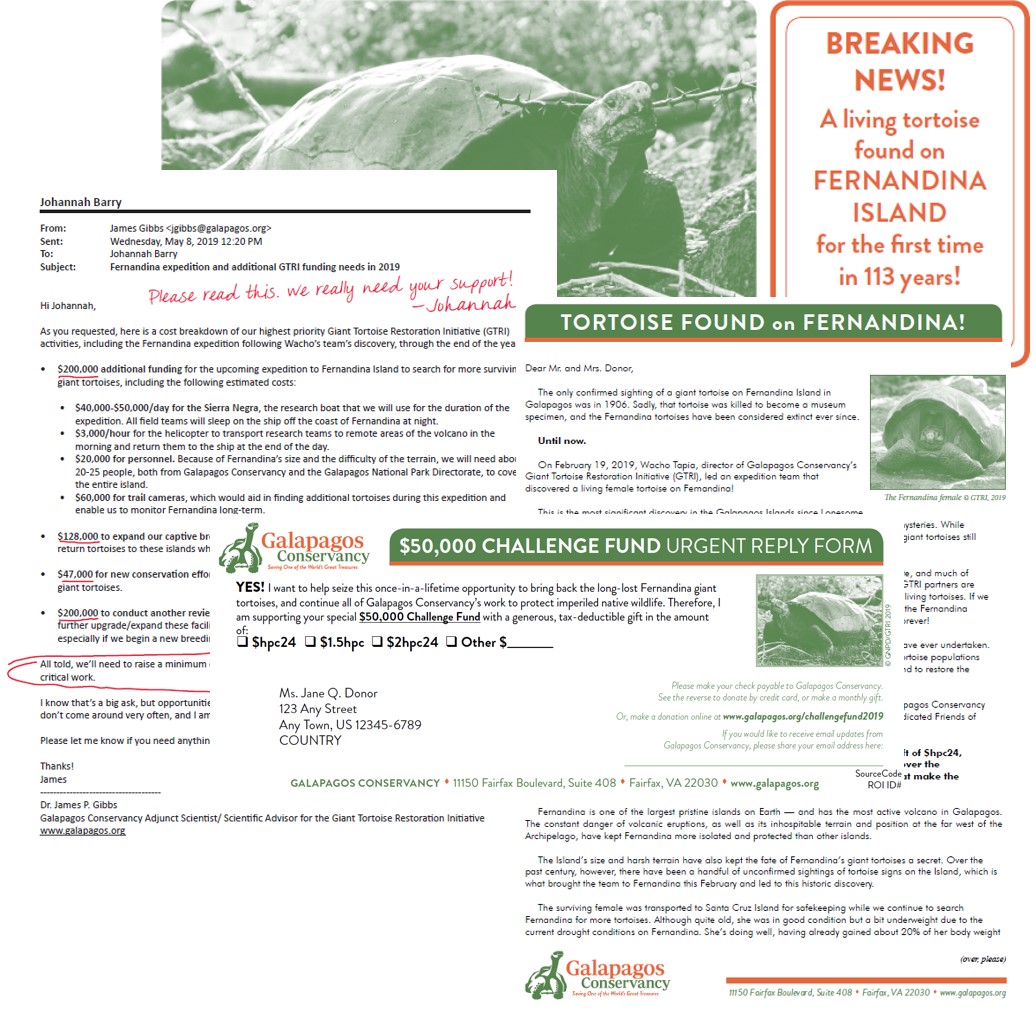