Case Study: A Fresh Approach for the Maryland Food Bank 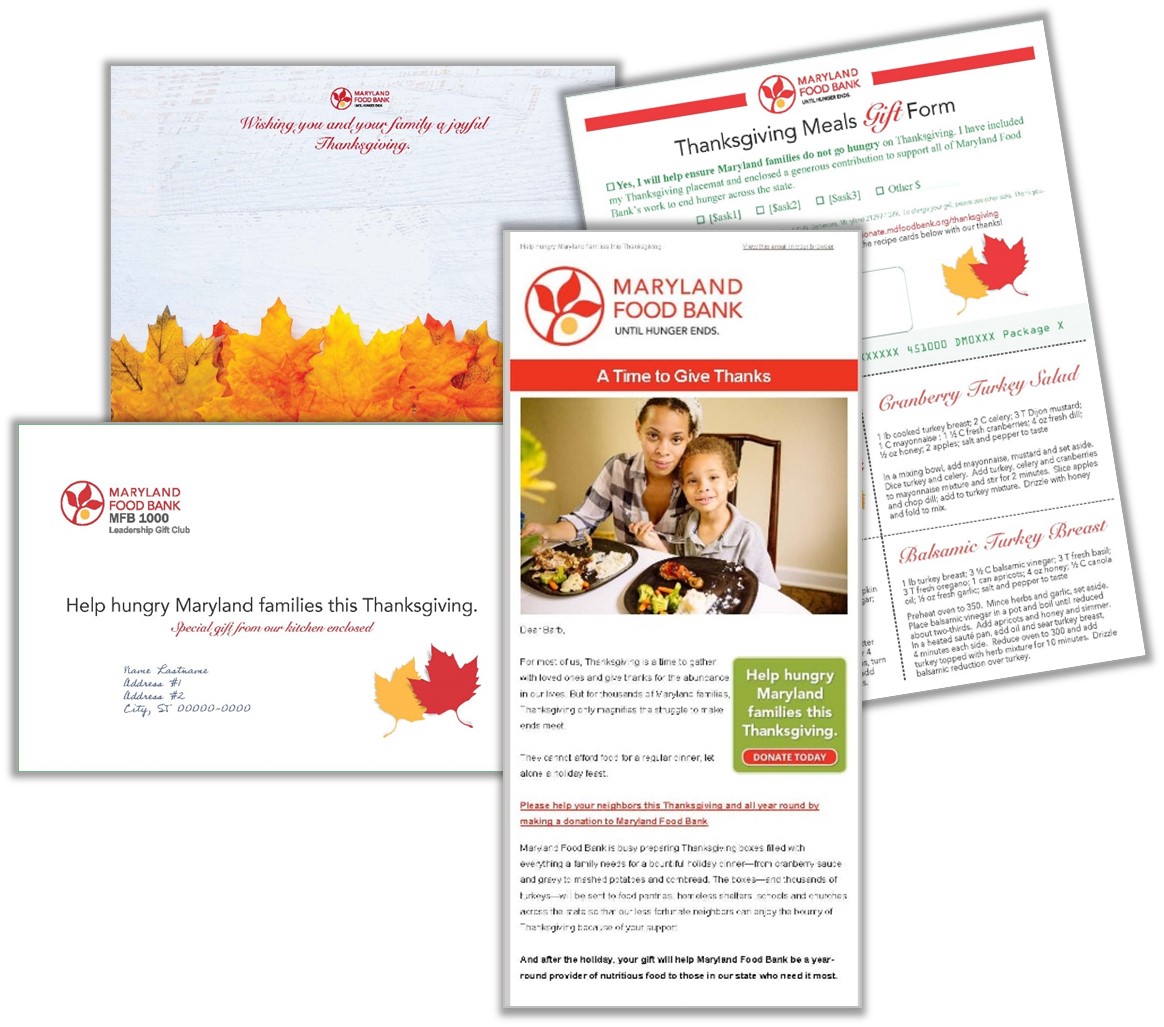 Objective: Maryland Food Bank (MFB) partnered with Avalon in 2015 to reinvigorate their program by finding fresh approaches for their direct marketing campaigns. To some extent, MFB had relied on creative that was somewhat generic, so we sought to help them break out of the mold and distinguish MFB in the marketplace.

Strategy and Results: Avalon took a customized approach to improving MFB’s program—beginning with an analysis of what was working and what areas needed a boost. Increasing the level of channel integration proved to be just what the renewal and appeal programs needed. We more fully defined and expanded the renewal series with additional multi-channel efforts and improved the targeting to expand the appeal audience—using data-driven analytics to identify those most likely to give.

In terms of creative, we refreshed the content and tested imagery to improve results. Our new copy strategy focused on MFB’s mission, and we capitalized on timing and seasonal messaging for the best response. For example, our first DM Back-to-School Matching Gift appeal highlighted the special programs MFB designed to make sure kids don’t go to school hungry. With a 25% lift in gross revenue per thousand over the previous year’s appeal, this appeal proved to be a huge success for MFB.

Similarly, the Thanksgiving appeal is a good example of how we customized our approach for maximum results. For higher-dollar donors—the “MFB 1000” giving circle—we sent a high-touch, personalized appeal describing the struggle of families who don’t have enough to eat at a time when most Americans are enjoying an ample Thanksgiving bounty. To advance the theme of sharing, we enclosed recipe cards for holiday dishes that MFB volunteers planned to prepare for low-income families. We also included a placemat for the donor to sign with a thoughtful message for guests at MFB’s Thanksgiving table. The low-dollar appeal was a simpler version of this package with the same meaningful incentives and an email appeal that mirrored the mail.

The high-dollar Thanksgiving appeal beat all expectations as the second-highest-grossing major donor appeal of the FY16 campaigns. The blockbuster 11% response rate was the second-highest of the year for this group, with 15% of gifts over $1,000. The multi-channel low-dollar version was similarly successful, with a tremendous response rate and a healthy average gift. Supporters returned hundreds of placemats to the Maryland Food Bank with messages of hope and good wishes to their friends and neighbors in need.